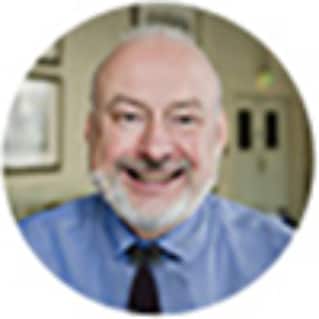 DHA (docosahexaenoic acid) and ARA (arachidonic acid) are the primary omega-3 and omega-6 fatty acids, respectively, in the brain. Both nutrients are naturally found in human breast milk and are important for optimal growth and development of the infant brain. The global mean levels of ARA in human breast milk are 0.47 percent of fatty acids, which compares to 0.32 percent of DHA – a ratio of ca 1:1.51.

In Europe, the Commission Delegated Regulation (EU) 2016/127 defines the compositional criteria for infant formula (IF) and follow on formula (FOF), which becomes mandatory on February 22, 2020.  These compositional criteria were based on a 2014 European Food Safety Authority (EFSA) scientific opinion. The EFSA opinion concluded that DHA addition, despite no conclusive effects beyond infancy on any of the health outcomes studied, is key due to its structural role in the nervous tissue and the retina and its involvement in normal brain and visual development, the need of the developing brain to accumulate large amounts of DHA in the first two years of life, and the consideration that the intake of pre-formed DHA generally results in an erythrocyte DHA status more closely resembling that of a breast-fed infant than is achieved with ALA alone.

EFSA proposed a minimum level of 20 mg/100 kcal. The addition of ARA, when DHA is added, was not considered necessary by EFSA given an absence of direct functional consequences related to ARA. However, the functional consequences focused mainly on those associated with DHA, and did not consider those specifically associated with ARA, including myelination, vascularization, presence in platelet membranes, immune function and prevention of allergy development2. This regulation changes EU requirements that have been in place since 1996, which mandated supplementation of ARA when DHA is added. Since 2014, more than 40 DHA and ARA publications, including infant clinical data, preclinical data and expert reviews, have been published. This data strengthens the body of evidence regarding the need to add ARA when DHA is added to IF and FOF.

Since the EFSA opinion was published, many academic lipid experts have questioned why the link between DHA and ARA, which has previously existed, is now broken. These experts are concerned that formula containing only DHA is novel and it has not been subject to widespread testing, making the long-term consequences unknown3,4.

As February 22, 2020 approaches, a panel of global experts in infant nutrition has published a new position paper. This position paper was developed in collaboration with the European Academy of Paediatrics and the Child Health Foundation led by the globally recognized LC-PUFA expert Professor Koletzko of Ludwig-Maximillian University, Munich. These experts reviewed the current state of scientific research on DHA and ARA and considered many questions that arise from the new European regulatory standards5.

Their final recommendation – DHA should be added at the level of 0.3 percent of fatty acids + 1 standard deviation of global natural occurrence in breast milk (equivalent to 0.2 percent), giving a final recommendation of 0.5 percent of fatty acids. What’s more, ARA should be added in at least equal amounts to that of DHA. The recommendation of 0.5 percent total fatty acids is important to also cover the needs of infants with a specific genetic polymorphism that reduces the conversion of LA (linoleic acid) and ALA (the metabolic precursors of ARA and DHA) into ARA and DHA. While this polymorphism accounts for approximately 25 percent of the European population6, it rises to over half in Asia and Latin America7. The panel confirmed that infants cannot obtain the adequate intake of 140mg ARA/day for infants up to 6 months of age set by the EFSA NDA panel in 20138, unless they are breast fed or receive a formula with adequate ARA levels.

In the study review, the experts found that when infants were fed formula low in ARA (in relation to DHA), it resulted in changes in the brain composition (lower white matter volume in the anterior cingulate cortex and parietal regions of the brain) of those children at 9 years of age. These regions of the brain are important for learning and memory. They also concluded that available data suggests ARA supply may be a relevant modulator of physiological growth in pregnancy.

Focusing on infants aged 7 – 12 months, the panel comments that particular attention should be given of the intake levels of ARA and DHA as weaning foods are only able to provide minimal amounts. Therefore, infants who have stopped breastfeeding at 6 months of age are at risk of insufficient intake unless it is provided in follow on formula.

Even though the recent publication does not comment on preterm infants, the experts’ conclusions do support the addition of DHA and ARA at appropriate levels in preterm formulas[1]. ESPGHAN (European Society of Paediatric Gastroenterology, Hepatology and Nutrition) recommends that formula for premature infants should contain 0.2-0.5 percent of fatty acids as DHA and 0.3-0.7 percent of fatty acids at ARA. Typically, commercial formula has a 1:1 ratio9.

Overall, the expert panel summarized their findings, “we recommend that infants should not be fed formula with high DHA content without ARA, unless a thorough evaluation of this novel approach has been performed and evaluated by independent scientific experts."5

Connect with NUTRI-FACTS on LinkedIn to stay updated on the latest scientific news impacting the health and wellness of the world.

Two recent articles that buttress each other hit Michael Roizen, M.D.’s reading stack this past month. These studies reinforce the notion that what is good for your brain, is also good for your heart. Read more about his analysis of these studies.