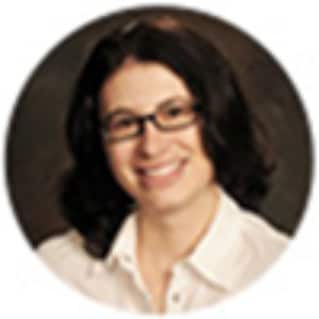 Nutrition is a hot topic! Every year, news from nutrition research makes headlines around the world. Now that we are heading toward the end of 2018, it is time to take a look at the stories that got us talking at the drink cooler this year.

The Most Popular Diet of the Year

The “diet of the year” award goes to the Ketogenic Diet. While this diet was first developed almost a century ago as a treatment for epileptic seizures in children before effective medication was developed1, we saw a resurgence in its popularity late last year. This diet contains low amounts of carbohydrates and adequate protein, with most energy in the diet from fats. This forces the body into a state of ketosis, using fat instead of glucose to fuel the body. The use of the ketogenic diet for weight loss in patients with type 2 diabetes was established through a positive opinion piece in the respected medical journal, the Journal of the American Medical Association, in January this year2. The ketogenic diet has been in the news regularly in 2018, especially since a number of celebrities have taken it up, according to Men’s Health magazine. GoogleTrends reports that it was the top searched-for nutrition topic this year.

Continuing on the same theme as superfoods in 2017, 2018 saw the return of several old-fashioned yet super-healthy foods. Superfood number one this year was arguably the humble cauliflower. Beloved for its mild flavor, diet-friendly energy density and high flavonoid content3, innovative products containing cauliflower have been appearing on supermarket shelves for the past year. In June this year, reporter Anahad O’Connor from the New York Times described the recent, surprising popularity of foods like cauliflower-base pizza and cauliflower “rice.”

Second on the list was avocado. Once avoided for its high energy content, the healthy fats in avocado, combined with its smooth, creamy taste, are now seen as a plus. Using avocado instead of other sandwich spreads is natural, vegan and allergy-friendly. And research from 2018 indicates that avocado could be a heart-healthy choice4,5.

The third superfood media darling of 2018 was the chickpea. We have moved along from the exotic flavored humus that was popular a few years ago, to using chickpea flour as an alternative to flour that has a high protein and fiber content, and is gluten-free. Toward the start of the year, the New York Times mentioned that chickpeas were in the new nutrition science-guided diet plan of the baseball team “the Mets.” Food industry trade journal Food Navigator reported that chickpea protein was an upcoming trend at the Institute of Food Technologists (IFT) earlier this year. Preparing for Christmas 2018, celebrity chef Jamie Oliver recently published a recipe for his chickpea chocolate cake in The Daily Mail. Maybe worth a try?

In nutrition research, several stories hit the newsstands this year, many of them about omega-3 fatty acids. The first research article to attract attention was a meta-analysis by the Cochrane Collaboration, published in July, that found little effect of omega-3 fatty acids6. The news surrounding this article was summarized by the UK’s National Health Service. Later in the year several other articles about omega-3 fatty acids were picked up by the press. In October, a group of researchers found that higher levels of omega-3 in the blood were associated with healthy aging7, which was picked up by diverse news outlets including business journal Forbes. Then in November, authors of a Cochrane Review meta-analysis found a reduced risk of preterm birth in women supplemented with omega-3 fatty acids, particularly for early preterm birth8. Many newspapers covered this article, such as the New York Times.

Nutrition is a fast-moving field, and it’s important to keep abreast of the latest research that may impact our health. Even so, the results of one study should not lead to us make large changes in our diet or lifestyle without speaking to a health care practitioner. Dietary guidelines and recommendations from health organizations change slowly, and only when there is significant consensus. Newsworthy stories are a taste of what is to come. 2018 was a fascinating year, and we are sure 2019 will also give us food for thought.

Subscribe to the NUTRI-FACTS e-newsletter to get the latest nutrition headlines delivered to your inbox.

A landmark Cochrane Review was recently published showing the correlation between long-chain omega-3 (DHA and EPA) intake during pregnancy and the baby’s length of gestation. As a “gold standard” of scientific evidence analysis, the authors of the Cochrane Review suggest 500 mg – 1,000 mg of long-chain omega-3s, which includes a minimum of 500 mg of DHA may lower the risk of premature birth, including early preterm birth (ePTB less than 34 weeks of gestation).