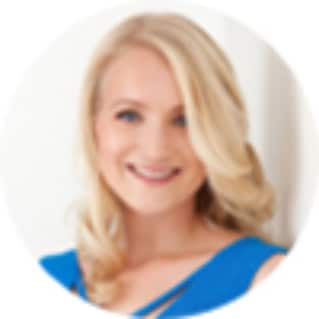 A mother’s diet in pregnancy is essential in supporting her baby’s growth and development in the womb but more and more research studies are now demonstrating the longer-term benefits that good nutrition at this time creates.

An example of this is a recent study which looked at the relationship between a mother’s blood level of the omega-3 fatty acid DHA (docosahexaenoic acid) during pregnancy and an infant’s blood DHA levels after birth, and how this links with infant problem-solving skills at 6 and 12 months of age1. We know that women’s blood levels of omega-3 DHA show a progressive decline during pregnancy2. Therefore, unless balanced with higher intakes of seafood or other eicosapentaenoic acid (EPA)-and DHA-rich foods or supplements, stores will become depleted over time.

This matters because the human brain is made up of 60 percent fat and omega-3 DHA is the primary structural component not only of the human brain but also of the retina in our eyes3. The European Food Safety Authority (EFSA) confirmed the role of DHA in brain development in the early years; after already finding that DHA helps to maintain our brain function throughout our lives3. EFSA noted that the developing brain in childhood accumulates large amounts of DHA, particularly during the first two years of life, but also later and throughout childhood and concluded that studies have shown that eating DHA omega 3 directly affects and contributes to our brain development3.

DHA is preferentially transported to the infant during the last trimester of pregnancy, which happens at the same time as the brain matures4. Not having enough DHA in the brain results in changes in behavior and is linked with learning problems and memory difficulties. Studies at different points in people’s lives show that DHA supports normal IQ and learning. A review of all the evidence showed that improvements in DHA status may initiate brain changes which we can then see in activities of learning and behavior. DHA-rich frontal lobes in the brain are thought to be responsible for more complex cognitive activities such as planning, problem-solving, and focused attention5.

This new study collected information on mental health, seafood nutrition and infant development by following the participants over time1. Parents then completed an assessment on their child’s development when they were 6 months and then 12 months old. They found that a mother’s omega-3 DHA status in pregnancy was positively correlated with their infants’ DHA status at three months and their problem-solving skills at 12 months1. The results showed the strongest link between the mother’s DHA status during pregnancy and the infant’s problem-solving skills at 12 months, and the association was even stronger after controlling for the education level of the mother1. Since higher problem-solving scores in infancy are related to higher childhood IQ scores, this study shows just how important it is to optimize a mother’s omega-3 DHA status prior to the growth spurt of infant’s brains in the last trimester of pregnancy.

As well as important fatty acids like omega-3 DHA, requirements for many vitamins and minerals increase during pregnancy. Growing scientific evidence supports an adequate nutritional status of women before and during pregnancy as key to several health outcomes including maintaining the mother’s health, supporting optimal fetal growth and brain development, supporting healthy births, preventing birth defects as well as lowering the risk of chronic diseases later on in life6.

When it comes to healthy brain development, there are several key nutrients needed in pregnancy, including folic acid. Most people are aware of the importance of folic acid supplements taken before and during pregnancy to reduce the risk of birth defects and congenital anomalies6 but in addition to this, low prenatal folate levels in mothers have been associated with poorer cognitive performance in their children7. Choline, an essential nutrient similar to B vitamins, found in eggs, chicken and wheat germ, is also required for normal brain function. Studies show that adequate choline during pregnancy supports healthy fetal brain development, with long-lasting positive effects on cognitive function. Additionally, iodine, found in seafood and dairy products, has a role in fetal brain development with low levels in pregnancy potentially causing damage to the growing infant’s brain6.

Beyond brain development, vitamins and minerals play essential roles in other aspects of health in pregnancy and fetal development. Zinc, for example, is important for fetal growth with deficiencies associated with low birth weight. Calcium appears important for reducing the risk of pre-eclampsia and vitamin D is required to actually absorb and use calcium, making adequate levels of both important for pregnancy health. Low vitamin D levels in pregnancy have been suggested to be a risk factor in pregnancy-induced high blood pressure6. Iron requirements for pregnant women are approximately double that of non-pregnant women because of increased blood volume, increased needs of the baby, as well as the blood losses that occur during delivery. Iron-deﬁciency anaemia may increase the risk of low birthweight and preterm delivery, making good dietary sources and where needed, iron supplements, essential6.

Maintaining an adequate nutritional status before and during pregnancy is really important for the mother, the growing fetus and the long-term health and development of the child. A varied diet should be encouraged with good food sources of essential nutrients built into meal plans and interesting recipes. Where people struggle to meet their needs of essential nutrients, supplements can be considered to ensure the optimal growth, health and development of both mother and baby. Health care practitioners and their patients should align on the best plan to ensure optimal nutrition before, during and after pregnancy.

Contact NUTRI-FACTS if you uncover compelling nutrition science that should be shared with our readers.

The number of adults with type II diabetes has more than doubled since 1980, rising from 153 million to 415 million in 2015, and predictions are that it will affect 640 million people by 2040. Learn more about the link between diabetes and heart health.