Influencing the influencers – the importance of omega-3 fatty acids 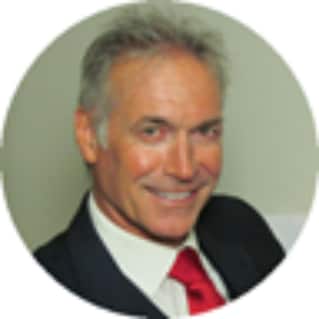 The FoodFluence event in Vienna, Austria earlier this year brought together 30 of the most influential nutrition communicators in North America.  It was an inspirational meeting of the minds where state-of-the-art science was imparted, shared and discussed so that clear and important information could ultimately be delivered to consumers.

I had the privilege of attending the scientific session titled “The Stats on Fats: Revealing Your ΩMG Moment” and presented an update on the many significant clinical benefits of omega-3 fatty acids together with a cautionary message – the vast majority of people in developed countries, such as the U.S. and the UK, are measurably deficient in them.

Omega-3 fatty acids are essential for our health and cannot be produced within the human body at optimal levels. Therefore, they need to be consumed regularly in our diet to have a vast influence on our health throughout our lifetime.

By far the most important dietary sources of long-chain omega-3s are fatty fish, yet in the U.S., almost 96 percent of the population has an EPA and DHA level below levels that provide cardiovascular protection. (1) Such protection can be realized through a reduced risk of arrhythmia, the lowering of plasma triglycerides, a reduction in blood pressure and possible inhibition of platelet aggregation. (2)

A recent meta-analysis of randomized controlled trials (RCT) data quantifies the level of such protection. In prospective cohort studies, supplementation with EPA and DHA conferred a significant 18 percent risk reduction of coronary heart disease and – in a sub-group analysis of the RCTs in higher risk populations – there was a 16 percent reduced risk for those with elevated serum triglycerides and a 14 percent reduction for those with elevated LDL cholesterol. (3)

Since cardiovascular disease remains the single biggest killer in many developed countries the implications of this research are obvious and there is remarkably consistent convergence of expert opinion that modest intakes of at least 250 mg of EPA and DHA per day either from seafood or supplementation is a reasonable strategy for cardio-protection in the general population at large and 1000 mg of EPA and DHA for those people with existing heart disease,

As regards to the importance of omega-3 fatty acids in brain health, the delegates in Vienna were reminded how easy it is to forget that the human brain consists of 60 percent fat of which about 8 percent is omega-3 and of which 97 percent of that is DHA. DHA plays a vital role in building brain structure in early life, as well as in neuronal connection and messaging, throughout life. (4)

It is well known that the fetal brain for example undergoes rapid development and expansion in the final trimester and beyond. A detailed MRI scanning has demonstrated a massive 64 percent overall brain growth in the first 90 days of life after full-term birth. (5) The polyunsaturated chemical structure of DHA means it promotes speedier communication between nerve cells via the synapses and may also facilitate permanent neuronal connections at a critical time of life that can never be revisited.  Optimal levels during pregnancy and early infancy therefore may be a once-in-a-lifetime opportunity to support brain health. (5)

The human brain continues to develop in weight, neural density and myelination well beyond childhood and, interestingly, studies demonstrating how supplementation can improve behaviour, reading speed and learning in children (with or without neurodevelopmental disorders) as well as cognitive decline in the elderly were presented. (6, 7)

In summary, omega-3 fatty acid roles were addressed with an emphasis on maintaining a healthy heart and brain throughout the lifespan.

The presentation concluded that omega-3 status remains woefully inadequate in most developed countries and that national and international guidelines have reached a general consensus to recommend a consumption of at least 250 mg per day of long chain polyunsaturated fatty acids or at least two servings per week of fatty fish. For individuals with signs of existing heart disease this should be increased to 1000 mg per day and for pregnant women there are specific recommendations to avoid fish species containing higher levels of mercury while otherwise maintaining DHA consumption to optimize brain development in the unborn baby.

This month’s Expert Opinion is shared by Dr. Gregory Ward, MBBS, FRCOG who shines a light on women’s health during the peri-menopause and menopause and the impact of nutrition during this life’s stage.