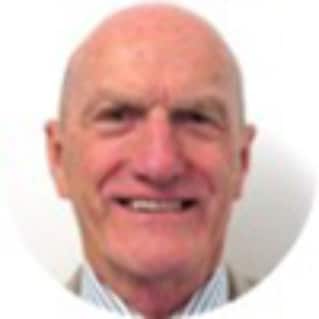 Preterm birth (less than 37 weeks gestation) is the most important factor in the survival and long-term neurodevelopment of the newborn.1,2 Premature birth before 37 weeks is directly responsible for 85 percent of all complications in early life3 and is the leading cause of death in children under 5 years of age.4 Early preterm babies (those born before 34 weeks) are especially at risk. They often require long periods in intensive care and may develop lifelong health problems involving the lungs, gut and immune system together with neurodevelopmental vision, hearing behavior, learning and communication difficulties.

Apart from the significant emotional and financial costs to the family, early preterm birth (ePTB) is a major economic cost to society. According to Carlson et al5, the rate of ePTB has decreased little since 1990. The researchers reported that docosahexaenoic acid (DHA) supplementation is a ‘potential high yield, low risk strategy to reduce early preterm delivery in the U.S. by up to 75 percent’. Kar et al6 noting the limitations of current risk-based approaches to reducing the incidence of preterm birth identified the need to focus on a population-based approach to risk reduction, especially for ePTB. The intervention needed to be accessible, inexpensive, acceptable to women and have minimal side effects.7

The magnitude and importance of the problem is reflected by the rate of preterm birth of 11.4 percent in the United States in 2014 with early preterm birth accounting for approximately 3 percent of births.8 Approximately 15 million babies are born prematurely worldwide each year9.

The influence of diet on pregnancy outcome was highlighted in a 1985 paper10 where scientists reported that women, living in the Faroe Islands where diets are typically high in omega-3 rich seafood, had longer pregnancies and babies born with higher birth weights than those born in mainland Denmark. The long-chain omega-3 fats from marine sources such as fish and algae were thought to be responsible for the longer pregnancies.

Eicosapentaenoic acid (EPA) and docosahexaenoic acid (DHA) are long-chain omega-3 fatty acids that are readily available as nutritional supplements, although there are recommendations for 200 – 300 mg DHA per day during pregnancy12, there is yet to be a dose recommendation in pregnancy to support a reduction in the risk of preterm birth13.

Cochrane Reviews are internationally recognized as the ‘gold standard’ for bringing together evidence and have been conducted evaluating the benefits of long-chain omega-3 fats in pregnancy by Makrides et al, in 200614 and by Middleton et al, in 201815. The 2018 review assessed all published, randomized controlled trials investigating the effects of long-chain omega-3 fats during pregnancy on the outcomes of mothers and babies. The quality of the research was taken into account. All forms and doses of supplementation in pregnancy were analyzed. The researchers analyzed 70 trials, mostly conducted in high income countries, involving 19,787 women mainly with singleton pregnancies. As a result of the findings, the authors have provided long-chain omega 3 fatty acid recommendations.

The researchers also found a reduced risk of delivering a low birth weight baby (15 trials: 8,449 participants). In light of these findings, the authors concluded that a dose of 500-1,000 mgs of long-chain omega-3 fats, DHA and EPA, daily with a minimum addition of 500 mg of DHA per day was the most effective.

Some studies assessed the growth and neurological development of children after birth, finding very few outcomes different between the children of women who received supplements and those who did not.

In summary, the 2018 Cochrane Review findings and author recommendations:

Questions that need to be studied further include the minimum effective dose of long-chain omega-3 fats, what is the optimal combination, and which women will benefit most from supplementation with long chain omega-3 fats.

To further explore the role of DHA in reducing the risk of ePTB, the ADORE trial16 is investigating the benefits of receiving two daily capsules of algal oil (800 mg DHA) in addition to a prenatal supplement containing 200 mg DHA. As inflammation is a well-known cause of pre-term labor the authors postulate that DHA may be effective because of its anti-inflammatory properties.

Although the Cochrane Review found no apparent benefit on the growth and development of children after birth, Kannass et al in 200917 showed that infants born to mothers with higher blood levels of DHA at delivery had advanced levels of attention span well into their second year of life. Further evidence of the correlation between the mother’s DHA status in pregnancy and the problem-solving skills of the newborn healthy infant was provided by a 2018 Norwegian study, which showed that the mother’s DHA status in pregnancy was positively associated with the infant’s problem-solving skills at 12 months, even after allowing for confounding factors such as maternal education.

Along with the 2018 Cochrane Review, the authors concluded that the results reinforced the importance of the women having a satisfactory DHA intake from their diet or other DHA rich sources.

As evidenced by the 2018 Cochrane Review and the papers cited above, an optimal intake of long-chain omega-3 fatty acids containing DHA is essential to ensure a healthy pregnancy by supporting optimal maternal and arguably infant health and development.

The WHO recommends an intake of 200-300 mg per day of DHA, but this recent evidence now supports the recommendation that pregnant women with a singleton pregnancy consume a daily supplement containing 500 – 1,000 mg of long-chain omega-3 fats (DHA and EPA), with a minimum of 500 mg DHA, daily to reduce their risk of having a premature baby.