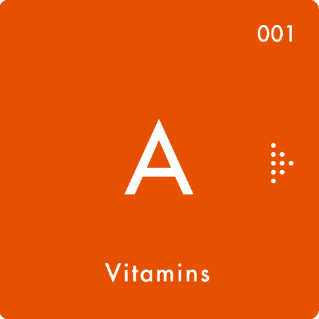 Vitamin A is a term for a large number of related compounds (e.g., retinol, retinal, retinoic acid), which are known as ’retinoids’.

The vitamin A form found in foods that come from animals is retinol, mostly as retinylesters (also called ’preformed vitamin A’), a yellow, fat-soluble vitamin, and the precursor of the most active form of vitamin A (retinoic acid) used in the body.

The vitamin A form found in fruits and vegetables is called ’provitamin A carotenoid’ (e.g. beta-carotene, beta-cryptoxanthin), which can be converted into retinol in the body.

Things to know about Vitamin A