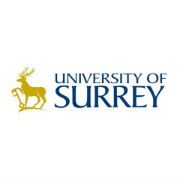 Professor Margaret Rayman has been Professor of Nutritional Medicine at the University of Surrey since 1998. Her main research interest involves the importance of trace elements to human health, particularly selenium and iodine.

Iodine is an essential trace element in our diet. Almost a hundred years ago it was shown to be an integral component of the thyroid hormone thyroxine, which is required for normal growth and metabolism. It is also a component of 3,5,3'-tri-iodothyronine, which is a key regulator of important cell processes. The thyroid hormones are required for the normal growth and development of tissues, particularly those of the central nervous system. The iodine content of the adult body is approximately 15–20 mg, of which 70–80% can be found in the thyroid gland. The most common manifestation of iodine deficiency is goiter, a swelling of the thyroid gland.

The main dietary sources of iodine are dairy products and, to a lesser extent, meat and egg products, and Brazil nuts. Edible seaweed often also contains high levels of iodine but they fluctuate widely. Salt iodization is widely practiced in countries with low dietary iodine availability. It is important to remember that excess doses of iodine can cause thyrotoxicosis (1).

The thyroid hormones are essential for normal brain development. Thus, the human fetus, newborns, and young children are particularly vulnerable to iodine deficiency. Severe deficiency can result in cretinism. Mild to moderate deficiency is associated with lower IQ, reading and spelling ability (2). The iodine requirement increases during pregnancy and recommended intakes are in the range of 220–250 μg/day (US Institute of Medicine and WHO), compared with the normal recommended adult intake of 150 μg/day (3).

The iodine repletion of moderately iodine-deficient school-age children has been shown to improve cognitive and motor function. It also increases concentrations of insulin-like growth factors and improves somatic growth (3).

Iodine deficiency was once endemic in the United Kingdom. However, it has been largely eradicated over the last 50 years mainly due to a large increase in the consumption of dairy products. The reason for this was the introduction of new feeding practices at dairy farms, with iodized casein being given to cows as a lactation promoter and iodophor disinfectants being used to clean teats (1). Pregnant mothers in nearby Ireland have been shown to be at risk of iodine deficiency. In a recent study, 55% were found to be deficient in summertime, though this fell to 23% in winter. Interestingly, the levels of iodine in dairy milk followed the same seasonal pattern (4).

In 2014 Professor Rayman’s research group assessed the iodine intake of women of reproductive age in their university department through both urine measurements and food diaries. A median intake level of 167 μg/day was calculated from the 24-hour cumulative urine analysis, but this was only 123 μg/day when calculated from the food diaries. However, this borderline sufficiency is still of concern because the measurements were made in mid-winter in a group of highly educated nutritionists, and therefore represent a group that would be expected to have a very high iodine intake. Dietary intake of milk, meat, and eggs was shown to strongly correlate with iodine intake (2).

In their most recent paper (5), Professor Rayman’s research group looked at the iodine status of over 200 pregnant British women at 12, 20, and 35 weeks of gestation. They found that the cohort exhibited mild to medium iodine deficiency at all stages of gestation, though there was a trend towards increased levels in the latter stages of pregnancy. It was thought that this was due to a greater thyroidal uptake of iodine. This increased uptake may have occurred because human chorionic gonadotropin stimulates the thyroid. They found that seasons had a significant effect on the iodine intake on those participants who consumed more than half a pint of milk (284 ml) a day. Only 4% of the cohort was taking a pregnancy supplement containing iodine, but these results show that even in a country thought to be replete in iodine, some additional supplementation is required during pregnancy.