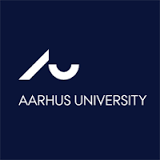 Around 5,000 foetuses in Europe annually are affected by spina bifida and other neural tube defects (NTDs). In most cases (around 70%), these pregnancies are terminated, while those children who are born are at higher risk of mortality and serious health issues. At least half of these cases can be avoided by ensuring that the pregnant women are supplemented with adequate folic acid (1). In addition, folic acid (also known at Vitamin B9) helps prevent anaemia and lowers homocysteine levels.

Folic acid deficiency is most common among women in low and middle income countries. This can be addressed by adding folic acid (with a combination of other B vitamins, iron and zinc) to flour. By December 2012, wheat flour fortification of this type has been mandated by law in some 75 countries (2). Dr Rima Obeid, Junior Fellow at the Aarhus Institute of Advanced Studies, of Aarhus University, Denmark, believes this form of staple food fortification is more efficient and cost-effective than targeted supplementation (3).

The higher demand for folic acid during pregnancy cannot be covered by food alone. It is recommended that all expectant mothers (and indeed during preconception) should take folic acid tablets up until the end of the first trimester of pregnancy. In addition to consuming a well-balanced diet, pregnant women are recommended to take a supplement of 400 micrograms of folic acid per day. Folic acid itself supplied during pregnancy does not accumulate in the foetus, in contrast to the metabolites methyltetrahydrofolate (5-MTHF) and tetrahydrofolate (THF), which do (4).

In the last 10 years, there has been no reduction in neural tube defects in Europe. It seems an approach of targeted supplementation is not sufficient and more general fortification of a staple food is required. As an example, the average dietary intake of folate in Germany in terms of dietary folate equivalents (DFE) is just 200 μg/day, well below that required to prevent spina bifida (3).

With this in mind, the recent decision of the German, Swiss and Austrian nutrition societies to reduce their recommended intake of folate from 400 to 300 DFE μg/day seems odd, especially as it is known the reduced incidence of neural tube defect is dose dependent. However, these societies do additionally recommend an increased intake of 400 μg/day in young women at least four weeks before conception. Dr Obeid believes this short time window is not sufficient to achieve optimal plasma folate and total homocysteine levels in the majority of women because the closure of the neural tube occurs in the first eight weeks after conception. Therefore women with low pre-pregnancy folate intake cannot achieve maximal risk reduction (6).

The type of folic acid used in fortified foods and supplements is a synthetic form called pteroylglutamic acid. It is not active, until converted to THF, then further to 5-MTHF in the human body. The role of THF is as a coenzyme, and is the start point in the metabolism of many amino acids. Green leafy vegetables are the most valuable source dietary source of folate, though liver is also very useful. In food processing, folate levels are often reduced by the effects of leaching. They may be further lowered by oxidation (4).

Dr Obeid believes that the low dietary intake of folate of European women explains the high incidence of spina bifida and anencephaly. Further, whilst the targeted supplementation of folate recommended in many countries can improve folate status in women, it has demonstrably failed to reduce the level of NTDs in the last 10 years. She thinks such supplementation can only work if the consumer is properly aware and educated. Sadly, she notes Europe does not currently have any policies to monitor the impact of folate supplementation and recommends that European health care providers provide much more information and awareness of the issue (3).