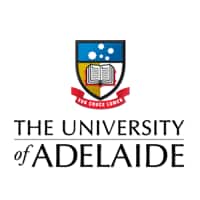 Ageing is the primary risk factor for the development of Alzheimer’s Disease. One of the pathological hallmarks of the condition is the formation of amyloid plaques that contain beta-amyloid proteins. These beta-amyloid proteins are derived from transmembrane amyloid precursor protein (APP). Marine omega-3 fatty acids are able to increase the fluidity of cell membranes. This fluidity has an important role in the modulation of APP processing (1). Professor Eckert has found that dysfunction of mitochondria has a key role in brain ageing and development of AD. Increased APP processing protects against mitochondrial dysfunction.

The key marine omega-3 fatty acids are docosahexaenoic acid (DHA) and eicospentaenoic acid (EPA). Both produce a series of important metabolites important for good cell health, but DHA specifically is incorporated into the cell membrane of neural tissue. A recent study of the distribution of omega-3 fatty acids in the bodies of rats showed that the brain and testes contained a total of 12% and 15.6%, respectively, of the total DHA (2).

In 2014, Witte et al. (5) conducted a double blinded clinical trial on a small cohort (n=65) of health elderly people aged between 50 to 75 years with an intervention of 2.2g fish oil per day for 26 weeks to determine if there was an improvement in cognition. They found significant benefits in cognition and also beneficial effect to the structure of the brain, namely white matter microstructural integrity and grey matter volume in the temporal, parietal and limbic areas.

A recent meta-analysis (6) showed that DHA alone, or in combination with EPA, was associated with improved episodic memory in adults with mild memory complaints. Specifically, episodic memory was significantly improved with a daily intervention of 1g or more day of DHA and EPA.