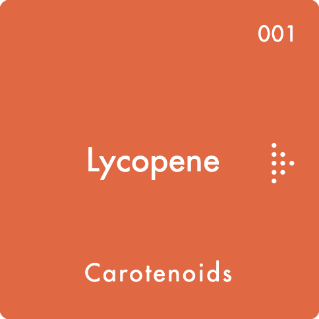 Lycopene is a carotenoid, which gives vegetables (e.g., tomato) and fruits (e.g., pink grapefruit, apricot, and watermelon) their red color (26).

Lycopene is synthesized by plants and microorganisms but not by humans or animals. It is the most predominant carotenoid in human blood, present naturally in greater amounts than beta-carotene and other dietary carotenoids. Because lycopene tends to dissolve in fatty substances, it concentrates in blood lipoproteins and in organs such as  the skin, liver, lungs, and prostate.

Lycopene is not merely a pigment; it is a powerful antioxidant. Given its antioxidant properties, substantial scientific and clinical research has been devoted to a possible correlation between lycopene consumption and general health.

Unlike beta-carotene, lycopene cannot be converted in the body into vitamin A (retinol).

Things to know about Lycopene