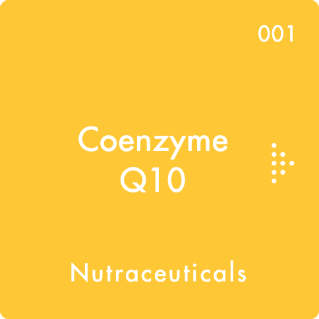 Coenzyme Q10 can be synthesized by the human body and hence cannot be considered a vitamin (1); in addition, it is consumed in the diet.

Coenzyme Q10 is a member of the ‘ubiquinone’ family, referring to the ubiquitous presence of these fat-soluble compounds in living organisms. The ubiquinone found in humans is called ubidecaquinone or coenzyme Q10 (2).

Coenzyme Q10 plays a key role in the energy-generating processes, which take place in the cells in mitochondria as part of the electron transport chain.

Things to know about Coenzyme Q10