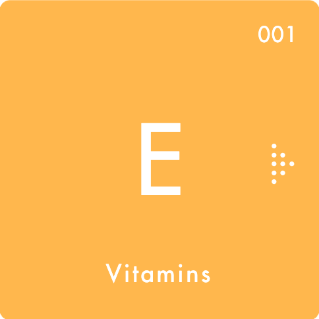 The term vitamin E covers eight related fat-soluble compounds found in nature: four tocopherols (alpha-, beta-, gamma-, and delta-) and four tocotrienols (alpha-, beta-, gamma-, and delta-). In humans, only alpha-tocopherol is specifically selected and enriched by the liver and is therefore the most abundant in the human body (1). The other vitamin E forms are rapidly metabolized and are present at much lower concentrations. Therefore, the Food and Nutrition Board recommended in 2000 to establish recommended intakes of vitamin E based on alpha-tocopherol (2).

Vitamin E deficiency does not manifest itself as prominently as ‘scurvy’ (vitamin C deficiency) or ‘rickets’ (vitamin D deficiency). However, rare inherited disorders that result in vitamin E deficiency have been described. Untreated, these disorders can lead to nerve damage, muscle weakness, loss of ability to walk or blindness. Low blood α-tocopherol levels have been associated with increased risk of mild cognitive impairment and Alzheimer’s disease (85).

Things to know about Vitamin E