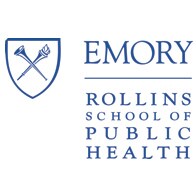 Helena Pachon is Research Associate Professor at the Rollins School of Public Health in Atlanta, USA. Her team has been involved in a systematic assessment regarding the effectiveness of the fortification of flour to prevent anemia. They found that each year of flour fortification was associated with a 2.4% reduction in the prevalence of anemia. There was no reduction in those countries that did not fortify.

Sadly, there has been little decrease in the global prevalence of anemia in recent years. It is a particularly serious health problem in low- to middle-income countries. Here, the prevalence of anemia still exceeds 40% for schoolchildren and women of reproductive age (1). The most common cause of anemia is lack of iron in the diet, though it can also be caused by infection and illness.

Food fortification is in effective means of addressing the problem of anemia. The nutrients used are those that will encourage hemoglobin synthesis, such as the minerals copper, iron, selenium and zinc, and the vitamins: A, B2, B6, B9 (folic acid), B12 and E.

Currently, there is mandatory fortification of wheat flour (and in some cases maize flour too) in 81 countries. A combination of iron and folic acid is the most common fortification used to prevent anemia. However, the evidence regarding the effectiveness of flour fortification in reducing anemia has been inconsistent. Hence, the team of Helena Pachon (1) carefully examined verified national representative data for anemia incidence and levels of flour fortification. They found after adjusting for the human development index (HDI) and malaria, that each year of flour fortification was associated with a 2.4% reduction in the prevalence of anemia. No reduction was observed in those countries that did not fortify. There was some limitation on the generalizability of the results due to geographical differences, e.g., most South American countries did fortify, whereas those from Africa still tended not to.

The World Health Organization (WHO) in 2012 set a global target of a 50% reduction in anemia in women of reproductive age by 2025 (3). The cost of providing iron fortification of staple foods for young children has been estimated at just 20 US cents per year (4).

Flour fortification makes a real difference to the incidence of anemia in the countries where it is practiced.