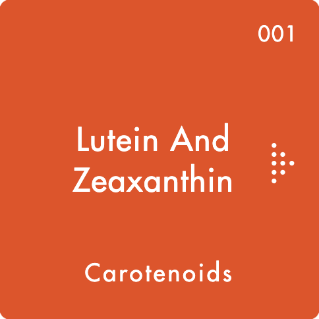 Lutein and its sister compound zeaxanthin are two of the most abundant carotenoids in the diet of industrialized countries. The names of both reflect their natural yellow color (the Latin ‘luteus’ and the Greek ‘xanthos’ mean ‘yellow’).

These carotenoids are found notably concentrated in leafy green vegetables. Since these foods also feature a host of other pigments, the yellow color of lutein and zeaxanthin is not predominant.

As the human body cannot produce lutein and zeaxanthin, they need to be obtained through food. Lutein is present in the eye, blood, skin, brain and breast.

Unlike beta-carotene, lutein and zeaxanthin cannot be converted in the body into vitamin A (retinol).

As antioxidants, potentially protecting the body against cell-damaging effects of free radicals, lutein and zeaxanthin have been linked to disease prevention, especially age-related eye diseases.

Things to know about Luthein and Zeaxanthin