Can long-term use of multivitamin-mineral products reduce mortality risk? 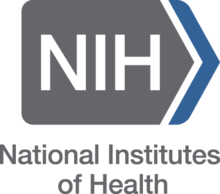 “The US Preventive Health Services Task Force recently issued a statement that there is insufficient evidence as to whether to use vitamin and mineral supplements to prevent the onset of cardiovascular disease (CVD) (1). However, this announcement was only based on two randomized clinical trials (RCTs). One of these – the Physicians’ Health Study II – did not find any associations between the use of a multivitamin-mineral (MVM) supplement and CVD incidence or mortality after an average of 11 years among male US physicians aged 50 years or older at the beginning of the trial (2). The other study – the French Supplémentation en Vitamines et Minéraux Antioxydants – randomly allocated women aged 35–60 years and men aged 45–60 years to receive a daily supplement containing moderate amounts of antioxidants (not a MVM) or a placebo. After 7.5 years, CVD incidence was found to be statistically insignificant between the participant groups in the study (3).

Although RCTs are considered the gold standard in research study design, the external validity of the aforementioned RCTs is limited. The participants in the Physicians’ Health Study II were exclusively male (primarily non-Hispanic white), highly educated, and had extensive health knowledge. More recently, a largeprospective cohort study of women in Sweden indicated that use of multivitamins (MVs: vitamin combinations without minerals) was associated with a reduced risk of myocardial infarction (4). This inverse association was even stronger among women who used MVs for more than five years. Participants in this study had no history of CVD, and the average follow-up duration was ten years. Such findings show that the relationship between vitamin and mineral supplement use and CVD is far from clear, and currently no RCTs exist that have examined the association between MVM use in women and CVD mortality.

Investigating the potential relationship between dietary supplements and CVD is certainly challenging. RCTs tend to be relatively short in duration, whereas CVD mortality has a long latency period. Observational studies often provide important information about the long-term use of supplements in relation to morbidity and mortality, but they are often limited by their failure to assess key information on supplement use, which is typically queried with only a few questions. There is also a considerable degree of heterogeneity in supplement ingredients and amounts that is not captured. Observational studies are prone to confounding. Finally, the varying definitions of MVMs and MVs used in both RCTs and observational studies make it difficult to make standard comparisons across these studies; the term ‘multivitamins’ is often used for both MVMs and MVs, for example. Despite these challenges, it is important that these relations continue to be investigated. CVD accounts for one in four deaths in the United States (5). Approximately half of US adults use dietary supplements, primarily to improve or maintain their health (6). An MVM product (which we define as containing at least three vitamins and one mineral) is the most common choice, followed by calcium and MVs (7).

This recent observational study examined the association between multivitamin-mineral (MVM) and multivitamin (MV) product use and cardiovascular disease (CVD)-specific mortality in a nationally representative sample of US adults (aged 40 years and older) who did not have CVD at the beginning of the trial. The data analysis was based on the results of the National Health and Nutrition Examination Survey (NHANES) III, unique in that it oversampled older Americans and because mortality data from the National Death Index can be linked to said survey. Spanning almost 20 years, it also provides a much longer follow-up period than is available in randomized controlled trials (RCTs) (8). The study results showed that of the 8,678 participants, around 19% died from CVD over a median of 18.7 years. Among all participants, 21% used MVMs and 14% used MVs. Dietary supplement users most frequently reported using one (63%) or two (20%) products, and most (over 80%) reported taking the products daily. The data analysis showed that neither the participants’ MVM or MV use was associated with a lower risk of CVD mortality when users were compared with non users. However, when the length of time participants used a product was considered, a significant association between MVM use for more than 3 years and an over 35% reduced risk of CVD mortality in women, but not in men, was observed. MV use was not significantly associated with CVD mortality when the sexes were jointly considered. In addition, use of MV products for 1 3 years was associated with reduced CVD mortality risk in men. However, because of the smaller sample sizes and number of deaths within the group, this result should be interpreted with caution.

Crucial points must be considered when evaluating these findings. Most importantly, dietary supplement use was only measured once, at baseline, which makes it difficult to know whether these measurements represented normal intakes over the entire study period. However, like most health behaviors (e.g., exercise patterns, dietary practices), dietary supplement use is generally considered a habitual lifestyle practice. Although sex was not a confounder in the traditional sense, men and women have a different risk of CVD for biological reasons, which may have confounded the results. Supplement use is tied to a host of healthy behaviors, and it is often difficult in epidemiological research to disentangle the effects of healthy lifestyle choices from the use of dietary supplements. Thus, supplement use may represent a mixing of effects of healthy behaviors. For this reason, the results were adjusted for age, race, education, body mass index, smoking, alcohol, aspirin use, serum lipids, blood pressure, and blood glucose/glycated hemoglobin. Although this investigation was not a RCT, it is strengthened by the heterogeneous nature of the sample, being representative of many ages and races/ethnicities, and thanks to its long duration.

Finally, it is difficult to compare the findings of this study with evidence from other large cohorts in the United States or Europe because of differences in how use is measured and differences in how the products being investigated are defined. Most research that relates dietary supplement use to CVD has involved either homocysteine reduction trials (in general high-dose B vitamins) or trials examining the potential effects of antioxidant nutrients (vitamins C and E and beta-carotene). Neither of these trial types presented a significant association with cardiovascular-related disease or mortality in meta-analyses of RCTs (9–11). That said, none of this research involved MVMs, instead only investigating MVs. In the latest NHANES investigation, subjects took a variety of MVM and MV products, which all differed in the combinations and amounts of nutrients they contain. The main difference between MVMs and MVs is the presence of minerals. A typical MVM contains minerals, including calcium, magnesium, zinc, phosphorus, manganese, and copper, and, depending on the formulation, may or may not contain iron, selenium, iodine, chromium, or molybdenum. It was not possible to estimate the isolated effects of individual nutrients, nutrient combinations, or specific amounts of nutrients in the NHANES investigation. However, it can be speculated that minerals or certain vitamins not always found in MV formulations (e.g., vitamin D) may help explain the differential effect of MVM products on CVD mortality. For example, meta-analyses have found magnesium intake to be inversely associated with stroke risk (12) and reduced risk of ischemic heart disease and its associated mortality (13). Another meta-analysis has demonstrated a non-significant protective association between vitamin D and CVD mortality (13).

In future research, we suggest that care is taken when reporting on and analyzing different types of dietary supplements and when differentiating between MVMs and MVs. Ideally, such analyses should be conducted on multiple occasions through cohort studies and RCTs, should last longer, and should include hard endpoints, such as mortality and morbidity.”

Based on: Bailey R. L. et al. Multivitamin-Mineral Use Is Associated with Reduced Risk of Cardiovascular Disease Mortality among Women in the United States. The Journal of Nutrition. Published online January 2015.