The risk of micronutrient deficiencies in old age

Since older people often do not process food well, old age may be considered a risk factor for inadequate micronutrient uptake. In the course of the natural aging process, several bodily functions deteriorate. An insufficient supply of micronutrients to the organism can accelerate the natural aging process and aggravate the decline of cell renewal processes, immune defense, eyesight and hearing, and cognitive performance. Further, the presence of chronic diseases like cardiovascular disease, osteoporosis, diabetes and cancer can increase micronutrient requirements. It is therefore all the more necessary to ensure that older people receive an optimal supply of vitamins, minerals, trace elements and essential fatty acids. However, many older people are a long way from consuming the recommended daily amounts, even in highly developed industrial nations. 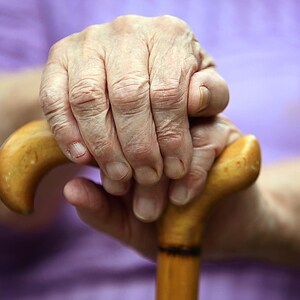 The risks and causes of an inadequate supply of micronutrients are many and varied. They may include changed eating habits in old age (loss of appetite, smaller portions and changes to dietary composition), difficulties chewing and swallowing, restricted mobility which makes shopping and preparing food more difficult, and taking certain medications. Other factors may be that foods with a high micronutrient density are too expensive for older people on a reduced income, or moving to a residential or nursing home. But there is a constantly growing certainty that improving the micronutrient supply to older people, whether via special diets or dietary supplementation, can help prevent or at least contain diseases typical of old age, even if research has not yet been able to deliver conclusive answers to all the relevant questions. Initial studies into improving micronutrient status through targeted micronutrient interventions are very promising.

Among the diseases that occur more commonly in old age are some which are essentially due to oxidative damage caused by free radicals. In high concentrations, free radicals lead to oxidative stress which damages cell components (membranes, proteins and DNA) and can therefore play a role in the onset of chronic diseases such as cardiovascular disease, atherosclerosis, cancer, metabolic disorders (e.g., diabetes), infections and neurodegenerative diseases (e.g., dementia). It is thought that the body’s own antioxidant defenses decline as we age and therefore dietary micronutrients with antioxidant activity offer important protection against oxidative stress and help maintain health. The organism has at its disposal a whole network of antioxidant protective mechanisms involving micronutrients.

The highly effective antioxidant vitamin E is very important in this context. Its activity is complemented by the regenerative effect of vitamin C and the trace elements selenium and zinc. Antioxidant defense is weakened if even one of these micronutrients is not available in sufficient quantities in the body’s cells and tissues. The synergistic activity of the different antioxidant substances can be of crucial significance in the maintenance of brain function, in particular in the prevention of dementia (including Alzheimer’s). A decline in cognitive performance (concentration, retentiveness) and symptoms of depression in old age may be due in part to an inadequate supply of antioxidants (1). A meta-analysis of epidemiological studies revealed that a good supply of vitamins E, C and beta-carotene could help reduce the risk of developing Alzheimer’s disease (2). Vitamin E also appears to be particularly effective in this context: epidemiological data indicates that increasing the intake of vitamin E from food could also be associated with a lower risk of developing Alzheimer’s (3). Epidemiological studies uncovered that cognitive ability measurements correlate directly to blood levels of vitamin E and lycopene (4) and that increasing the intake of vitamin E from the diet or from dietary supplements was associated with a slower deterioration in cognitive abilities (5). One meta-analysis was able to show that taking multivitamin supplements might be associated with improved memory performance (6). Several studies show an improvement after administration of antioxidants and multivitamins in symptoms of depression (1), general mood and stress resistance (7), cognitive abilities (8) and general quality of life (9). This applied especially to older people living in residential homes.

The protection of the macula lutea, or yellow spot, on the retina of the eye provides an impressive example of the interplay of several antioxidant nutrients. Its yellowish-orange pigments protect the retina against UV light at the center of acute vision, acting as a kind of natural sunscreen. But the macula degenerates over the course of the lifetime. Age-related macular degeneration (AMD) progresses gradually and leads to the loss of acute vision and eventually total blindness (10). Antioxidant protection, especially through increased intake of the carotenoids lutein and zeaxanthin, appears to help keep the macula intact or at least to slow its degeneration.

The mobility of older people may also be influenced by their carotenoid status. It appears that low blood levels could adversely influence gait steadiness and the general ability to walk in senior citizens (11-13). Insufficient selenium could result in impaired muscle coordination (14). A diet rich in vitamin C could possibly help maintain hearing ability in older people (15). The risk of developing type 2 diabetes might be reduced by supplementing older people with vitamin C and calcium (16). Low/sufficiently high blood levels of carotenoids (in particular beta-carotene, lycopene and lutein and zeaxanthin (17), selenium, vitamin C, zinc and other antioxidants could serve as predictors of mortality in the elderly (18). Cohort studies have shown that targeted provision with vitamins and minerals can improve micronutrient status in older people living independently (19). A double-blind, placebo-controlled study revealed that dietary supplementation of older people with multivitamin and mineral preparations could lower infection rates and improve general quality of life (20).

Vitamins A and D and minerals

The role of micronutrients in the regulation of the immune system indicates a potential preventive function with regard to infections and inflammation. Together with the antioxidants, vitamins A and D play an important part here. Older people often have insufficient levels of these vitamins (21). Vitamin D appears to be involved in numerous physiological functions: in combination with calcium it is crucial for maintenance of stable bones and muscle function, as well as performing other tasks, for example in the regulation of inflammatory processes (22). An inadequate supply increases the threat of unsteady gait, falls and fractures, plus the risk of developing osteoporosis (23). Taking dietary supplements could therefore benefit the health of older people with an inadequate calcium and vitamin D status (24). Muscle weakness might also be exacerbated by an insufficient intake of magnesium(25).

Thyroid diseases in older adults can be reduced by administration of iodine and selenium preparations (26). It is quite common for older people to suffer from ­ iron or selenium deficiency anemia (27). This can lead to restricted mobility and quality of life, as well as to an increased risk of depression, dementia and mortality (28). An iron intake of 8 mg per day has been recommended for older people to prevent iron deficiency anemia (29).

Intakes of B vitamins, especially folate and vitamin B12, are also insufficient in many older people. But these vitamins combat the accumulation of the amino acid homocysteine, which is produced by the body and is harmful in large quantities. High levels of homocysteine and low folate levels have been associated with an elevated risk of cardiovascular diseases – in particular stroke – impaired brain functioning (30) and the incidence of depression (31). Low plasma levels of vitamin B12 and folate, accompanied by elevated homocysteine levels, could be independent predictors of mortality risk in older adults (32).

A vitamin B12 deficiency could contribute to the development of peripheral nerve damage with numbness of the extremities, pain, restless legs, difficulty walking, balance problems and diminished quality of life (33). Potentially life-threatening (pernicious) vitamin B12 deficiency anemia is common among older adults. The results of randomized controlled studies show that an adequate intakeof folate and vitamins B6 and B12 could combat the decline of cognitive performance in old age or even Alzheimer’s disease (34, 35). In one clinical study, mentally healthy adults aged 50 to 75 years were given either a dietary supplement with 800 micrograms of folate or a placebo daily (36). The participants who took folate did better in memory tests than those in the placebo groups, achieving the same level as participants who were five years younger. Results relating to the processing of information from participants given targeted folate were comparable with those of study participants two years younger.

Based on their antioxidant and anti-inflammatory properties, the polyunsaturated essential fatty acids docosahexaenoic acid (DHA) and eicosapentaenoic acid (EPA) offer a potentially broad spectrum of activities that could help maintain the health of older people. DHA and EPA appear able, for example, to reduce inflammatory processes in deposits (plaques) on the linings of the arteries in atherosclerosis. Moreover, omega-3 fatty acids increase the stability of the plaques, so that they do not break up and cause a blockage of the blood vessel (thrombus) (37). That they can alleviate the symptoms of rheumatoid arthritis, a chronic inflammatory disease that affects the joints, has been demonstrated in randomized controlled studies (38, 39).

DHA and EPA also seem to be of crucial importance for the maintenance of brain function and cognitive abilities (40, 41). Since the amount of DHA in the brain decreases with age, targeted consumption of DHA could prevent the decline of cognitive performance and even the development of Alzheimer’s disease (42). Further, appropriate intakes of DHA and EPA appear to contribute significantly to the prevention of age-related macular degeneration with its associated loss of sight (43).